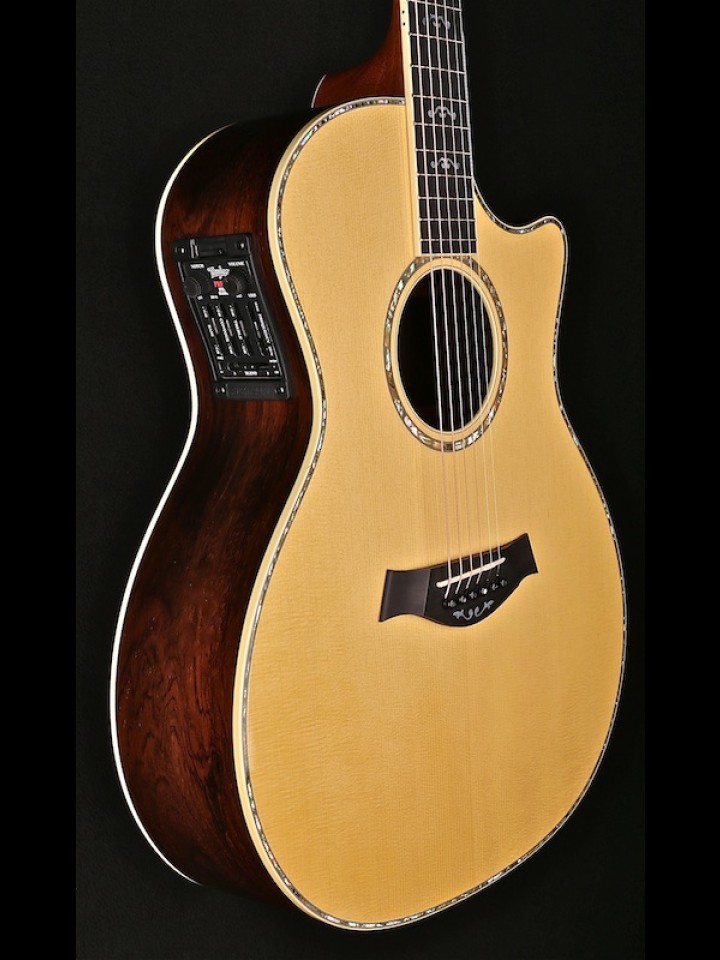 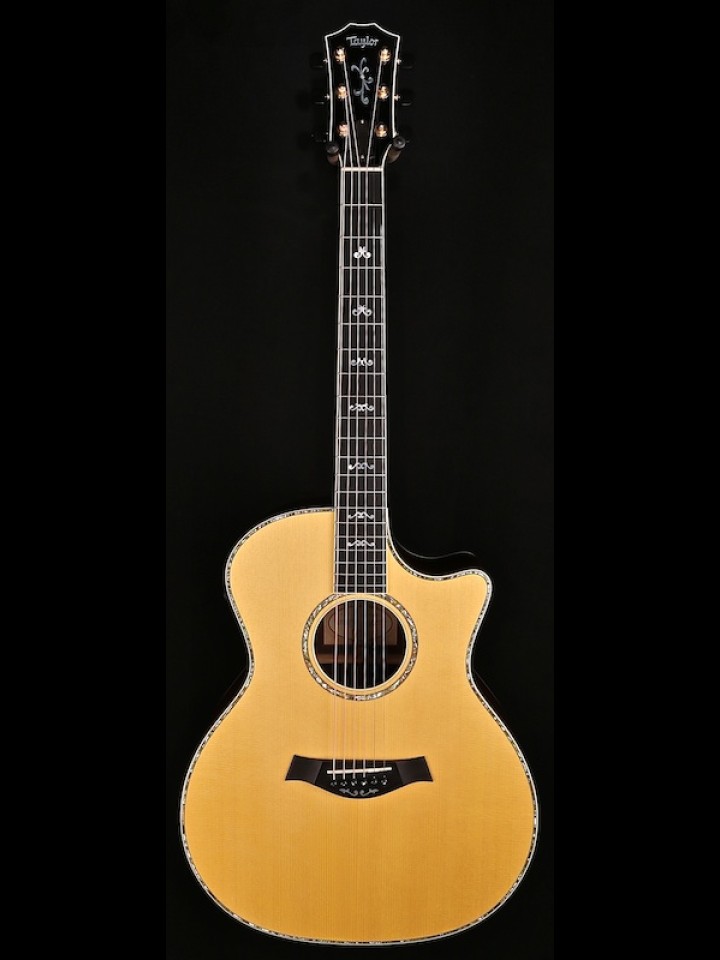 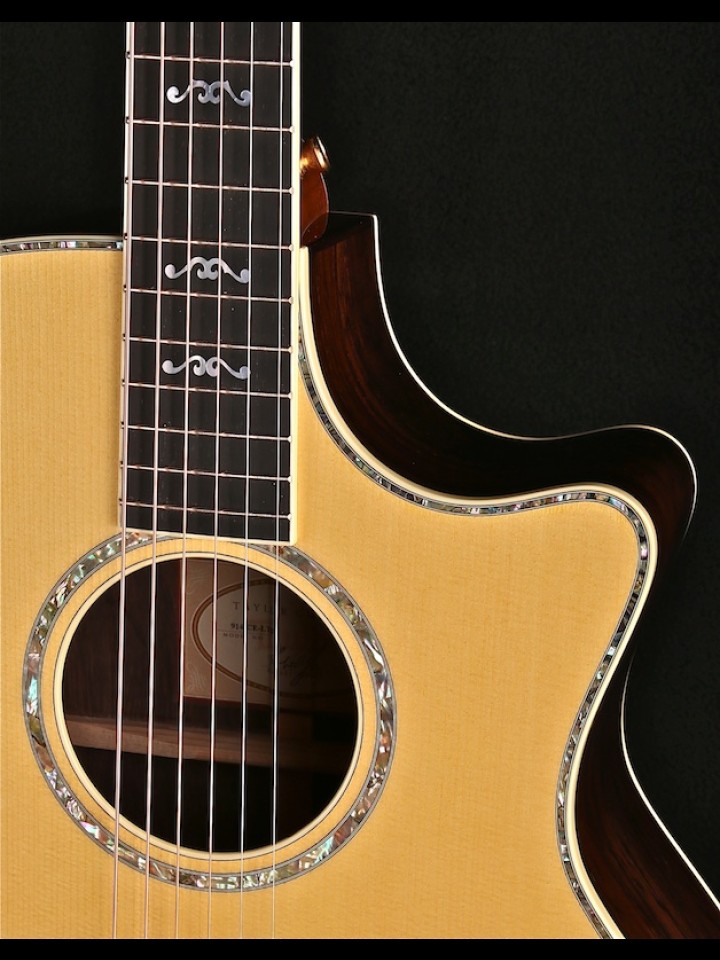 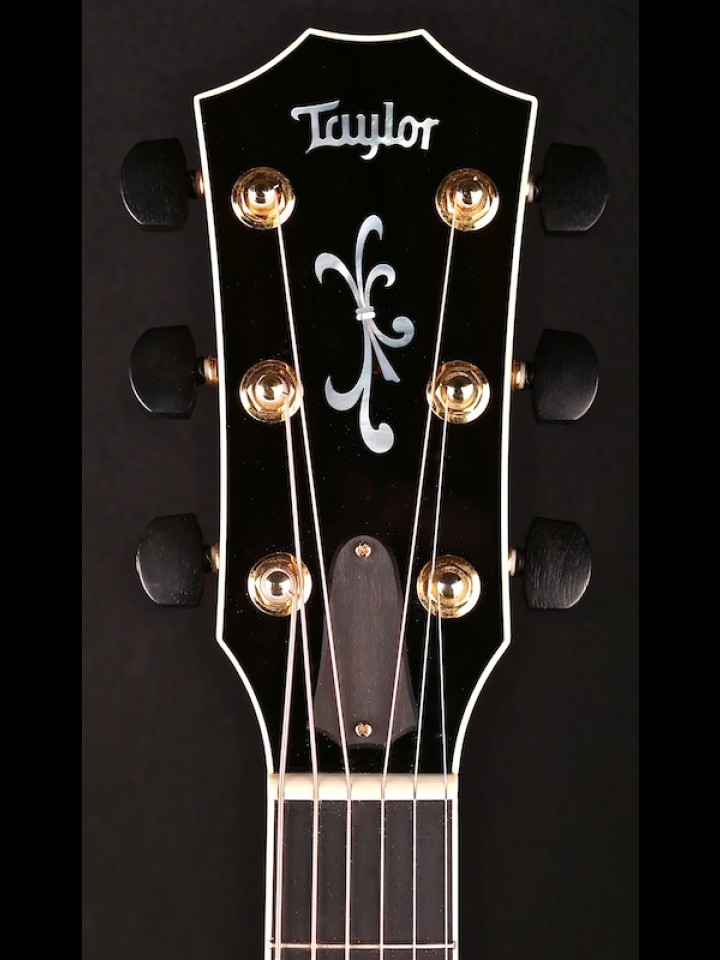 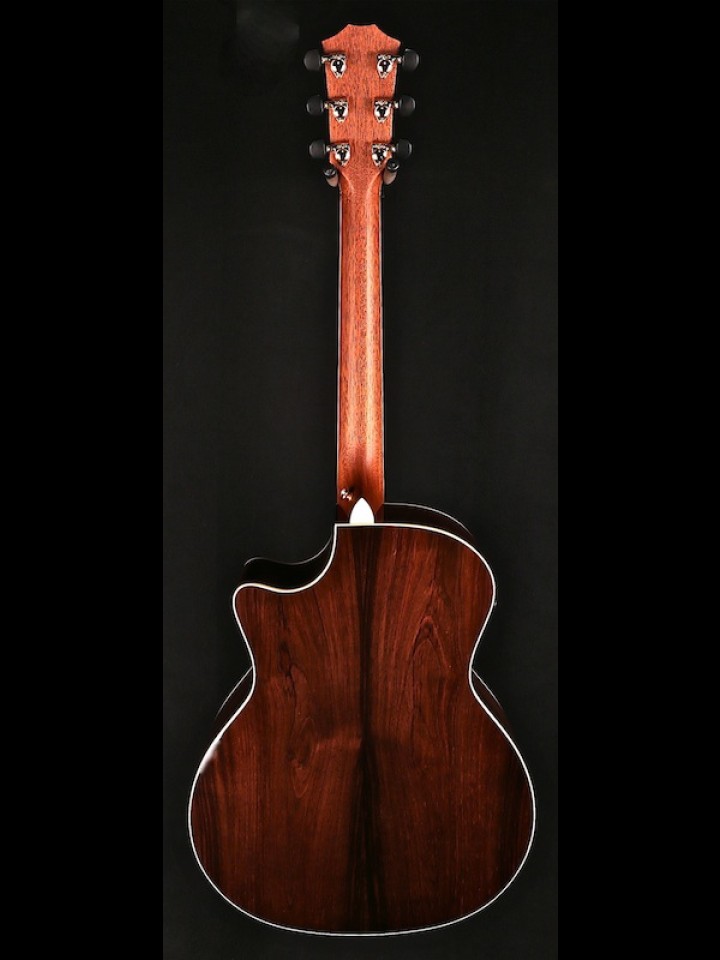 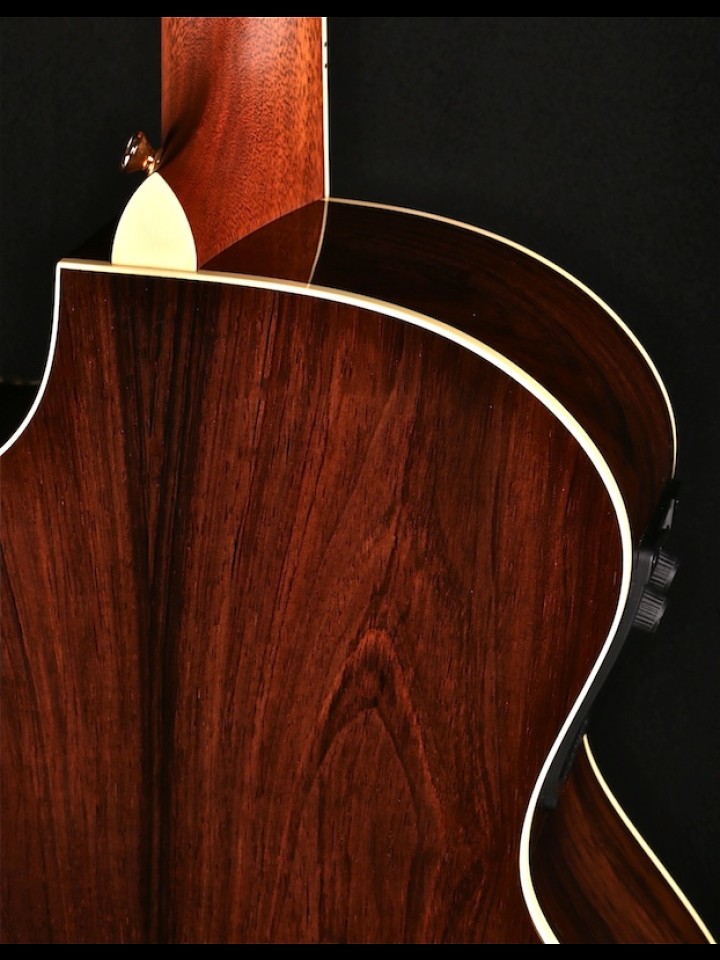 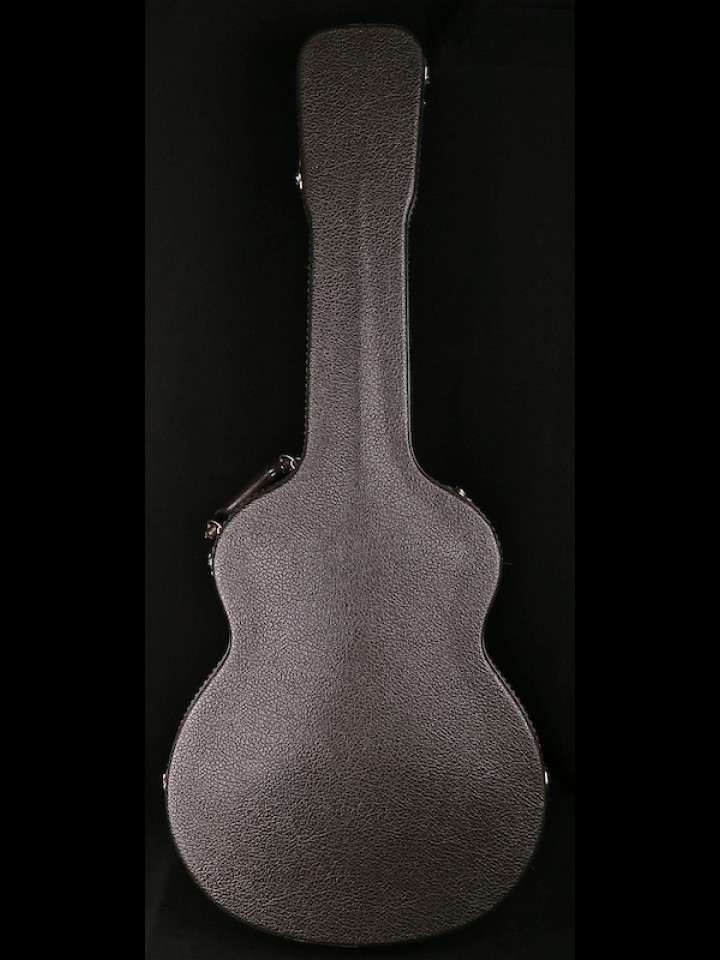 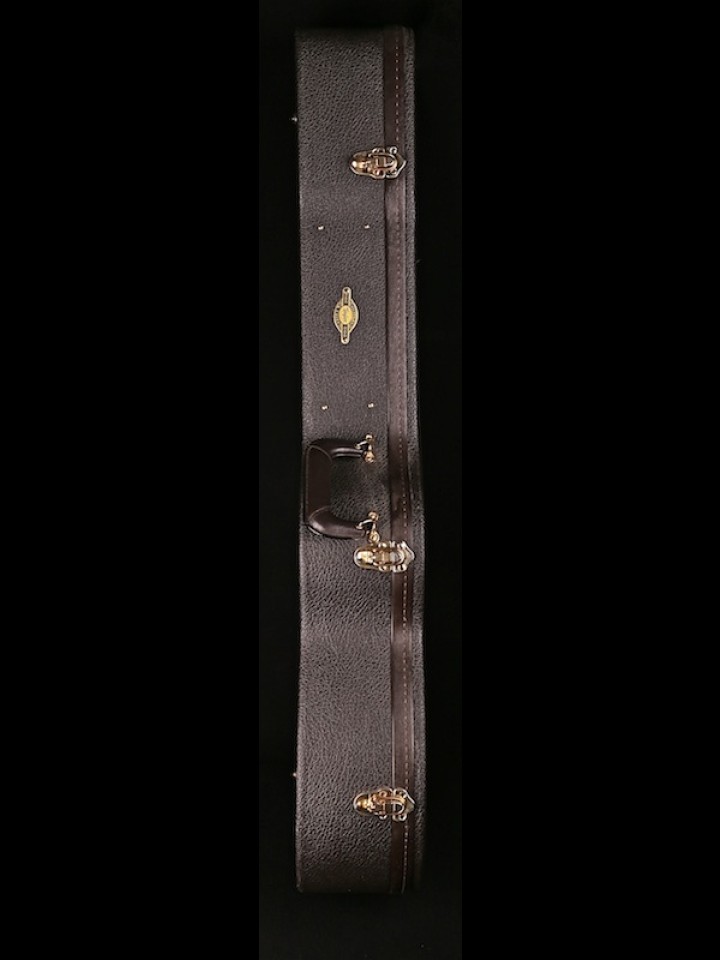 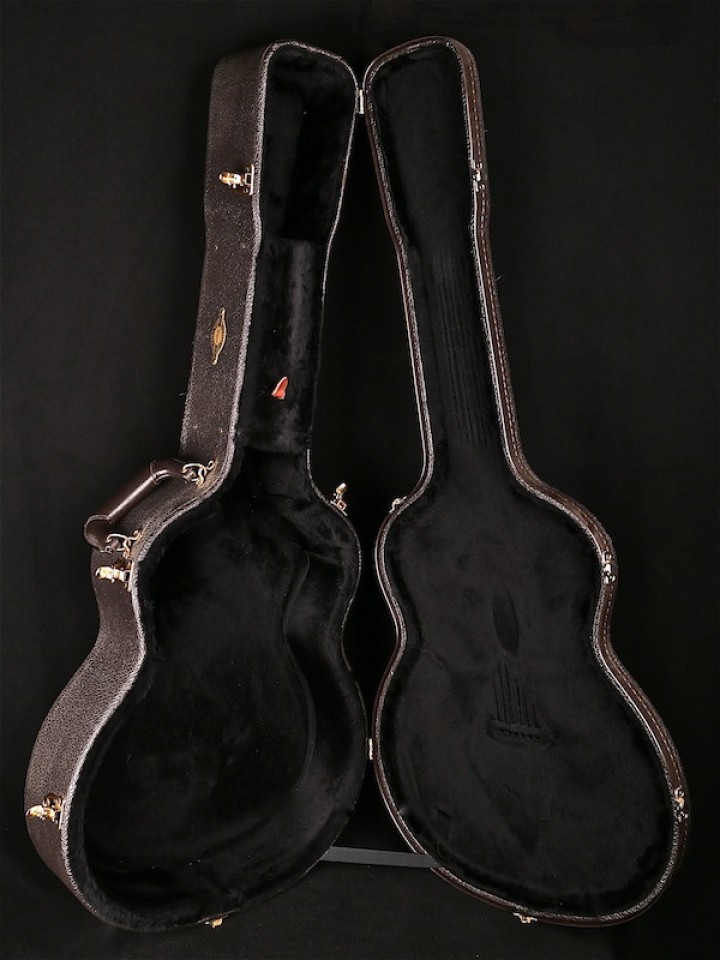 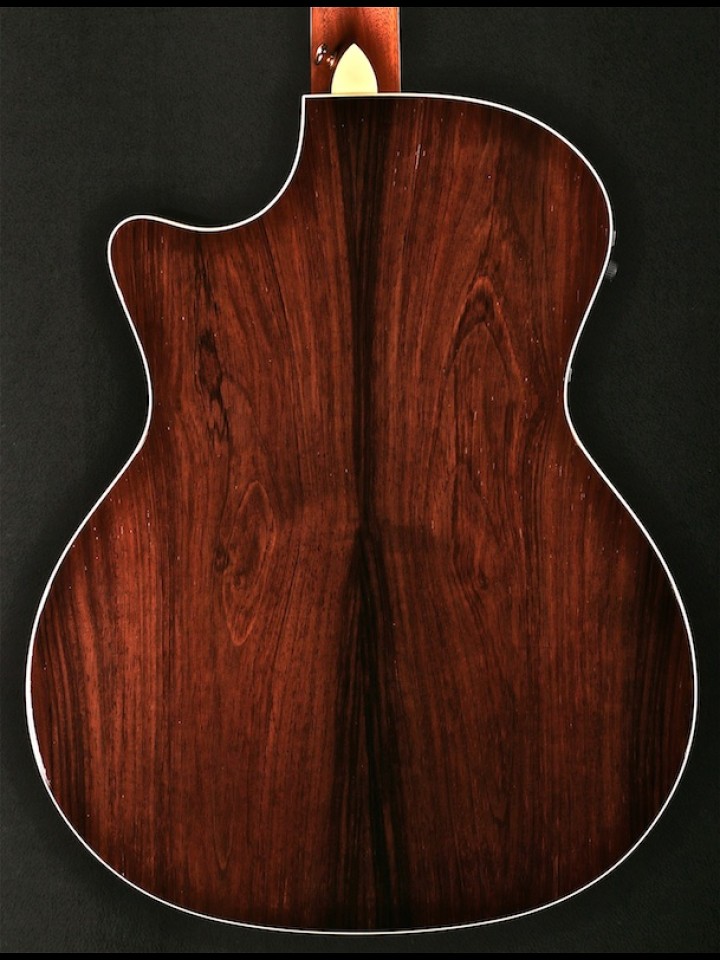 Of all the body sizes manufactured by Taylor, the Grand Auditorium reigns supreme.  The popularity of the design can largely be attributed to the inherent versatility it offers.  The body shape itself could be described as that of a dreadnought that went on a diet, in that the upper and lower dimensions are consistent with a dreadnought, but the waistline is more indented.  This results in a body that still has much of the dimension, power, and depth of tone associated with a dreadnought, but the balance, clarity, and more refined presence of a smaller body.

Though Taylor has introduced more flamboyant and more expensive guitars into their line over the years (most notably, the Presentation Series), one could make the argument that the 900 Series still holds the title as Taylor’s most classic showpiece. Rather than an glitzy explosion of ornamentation or a over the top pageantry of pearl, the 900-Series has just enough flash to suggest that it is classy enough to dress up for a night on the town without flaunting its higher status in life.

In addition to the upgraded aesthetic treatment, this particular 914CE was part of a limited run that featured Brazilian rosewood back and sides (otherwise known as Unobtainium). Brazilian rosewood is, of course, prized for its unique blend of direct paunchiness and harmonic complexity—basically, in the opinion of many builders, it’s projects the best of everything as tonewoods go.  Meanwhile, the Englemann spruce top on this 914CE offers an immediate response, while imparting a warmer edge to the note—this is often true of softer spruces (e.g., Lutz) or cedars. These materials combined with Taylor’s signature brilliance and balance produce a voice in this guitar that is very clear, with a sparkly shimmer that doesn’t come across as thin or acerbic. This clarity is presented with a pleasing degree of dimension and breadth. Surprisingly, in digging into this guitar, one also finds a noticeable support to the fundamental, where so often encounters a tendency towards compression in Taylors that are played aggressively.

As a CE (cutaway/electric) model built prior to the advent of the Expression System, this 914CE is outfitted with a Fishman Prefix Stereo Blend. Though perhaps clunky by today’s standards, this pickup system is still highly regarded for the flexibility provided by the on-board controls as well as the quality of the signal generated by mixing an internal microphone with an under-saddle piezo transducer. Armed with a system like this (and an understanding of how to use it!), a performer can readily step into just about any live setting without needing a separate amp or preamp and feel confident that they can get a good sound.  Of course, we realize that some folks might be tempted to question or decry Taylor’s decision to install on-board electronics when it meant cutting out a section of precious Brazilian rosewood. Yet, where instruments are concerned, we generally prioritize function over form; and, in honoring that objective one occasionally has to make a sacrifice for the sake of practicality!  Fortunately, in this instance, Taylor has struck a wonderful balance in crafting an instrument that is visually striking and highly functional as a musical tool.

This guitar has been used and yet very well-maintained and has no significant wear or damage to report.  However, this instrument does date to period where almost every manufacturer experienced finish issues related to a pore filler that was used throughout the industry. While purely cosmetic, this pore filler often created pitting and minor separations, which are definitely evident on this guitar, where we note pitting on the back and sides as well as some minor finish separation along the binding line on back waist.  VERY GOOD+ CONDITION