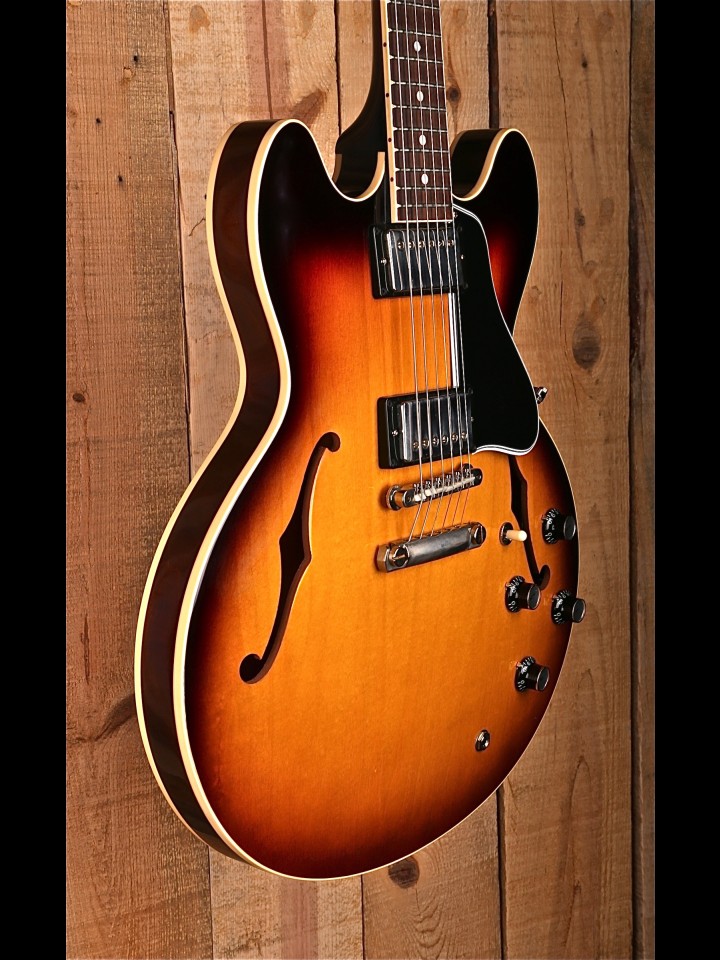 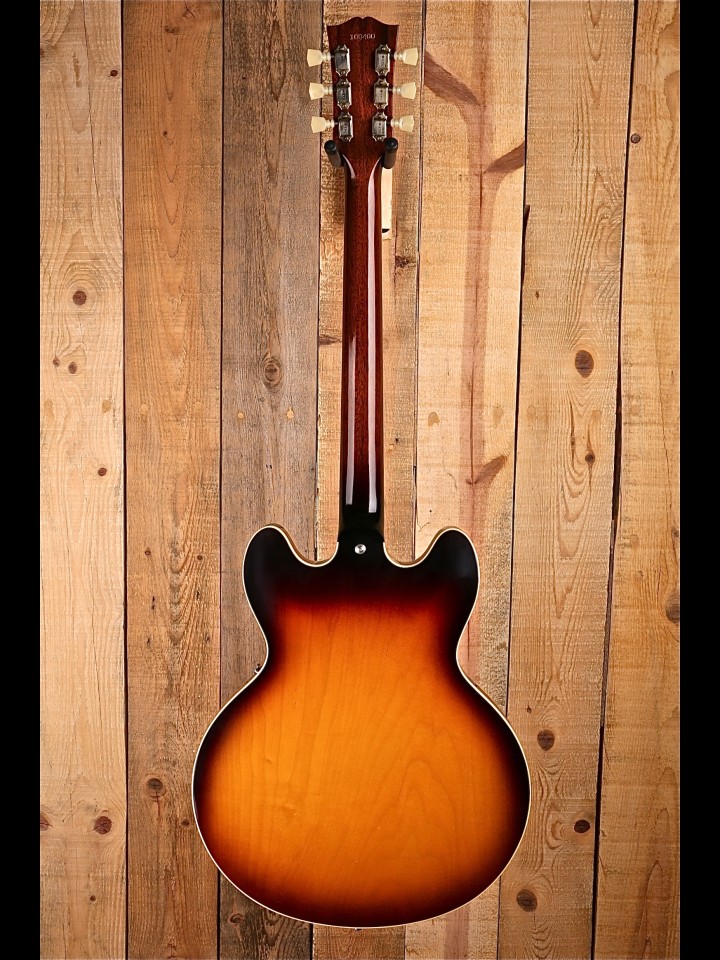 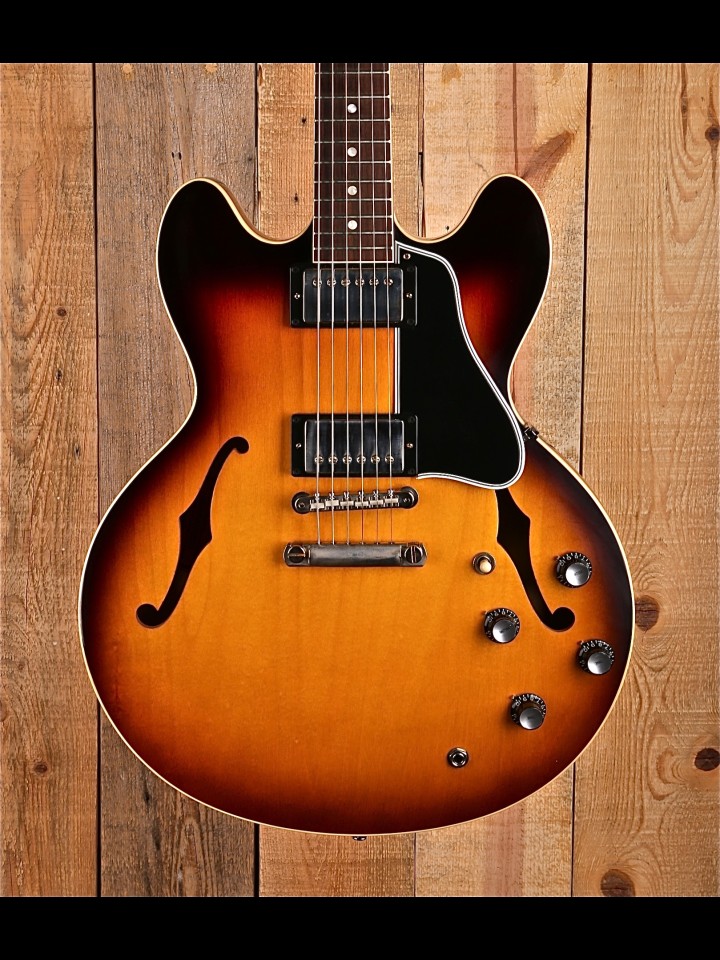 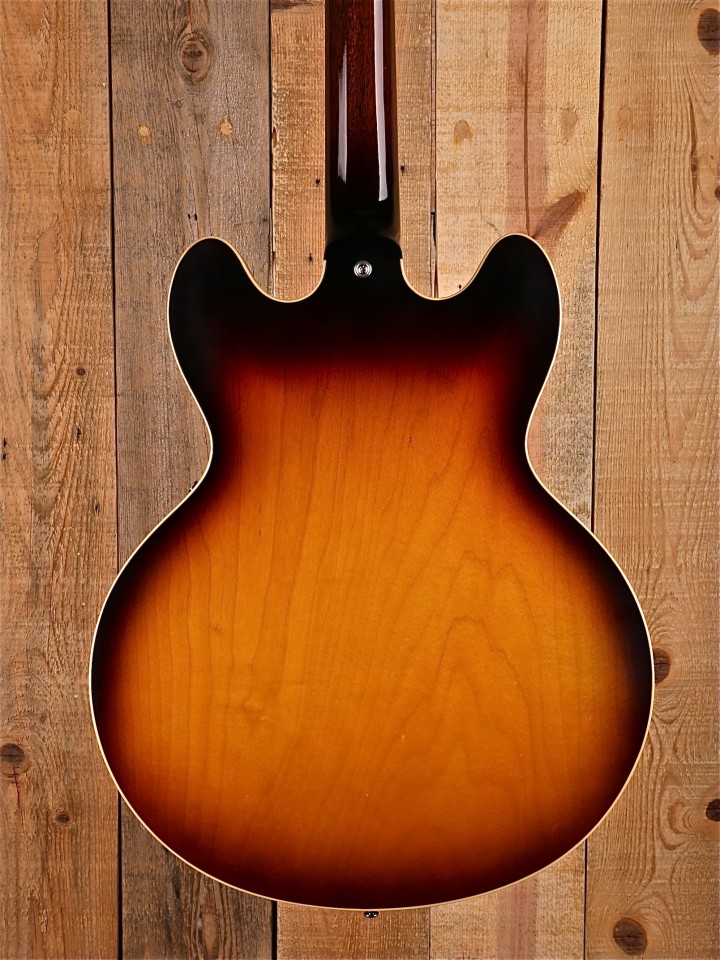 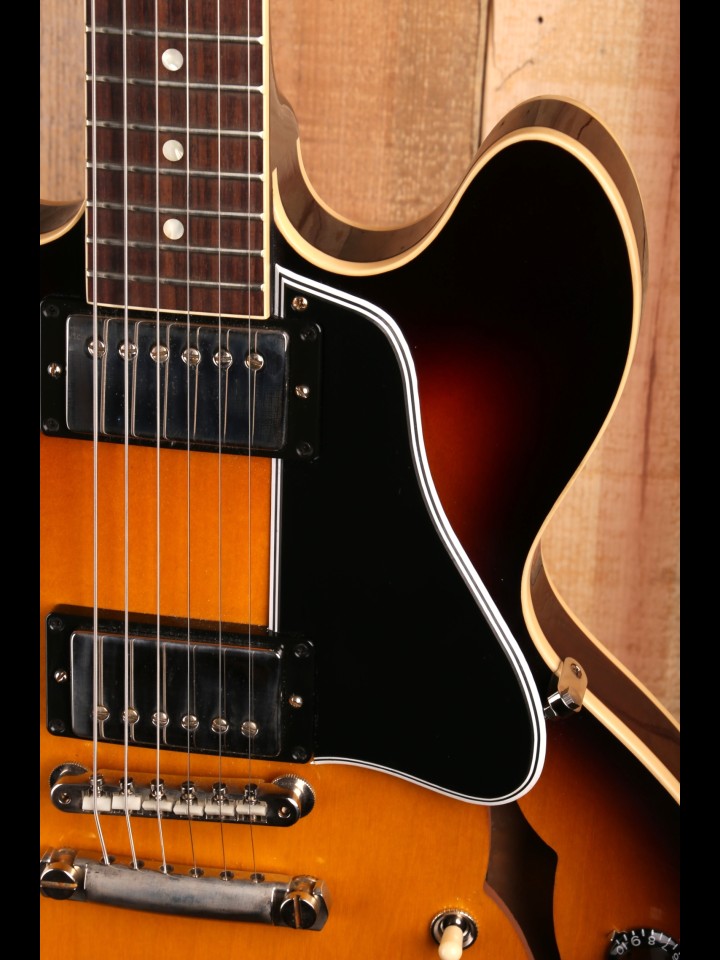 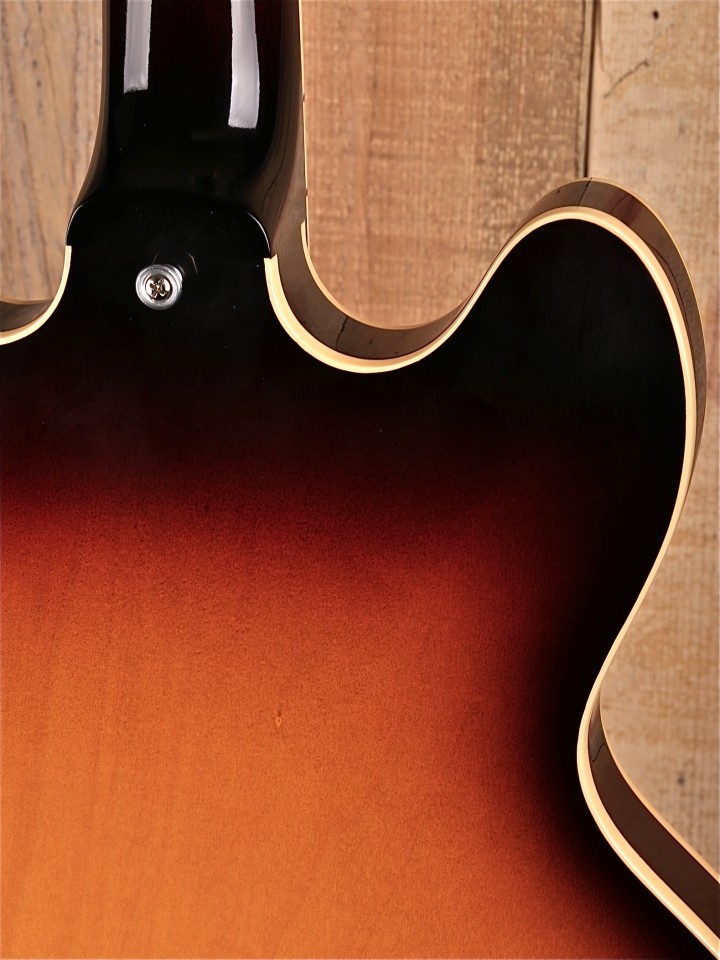 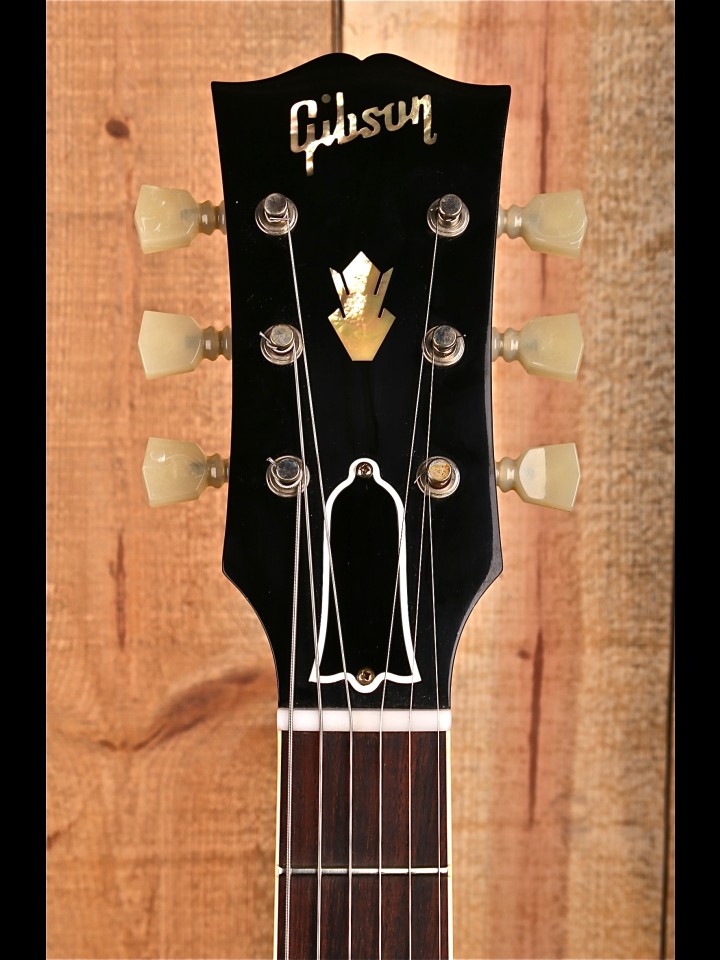 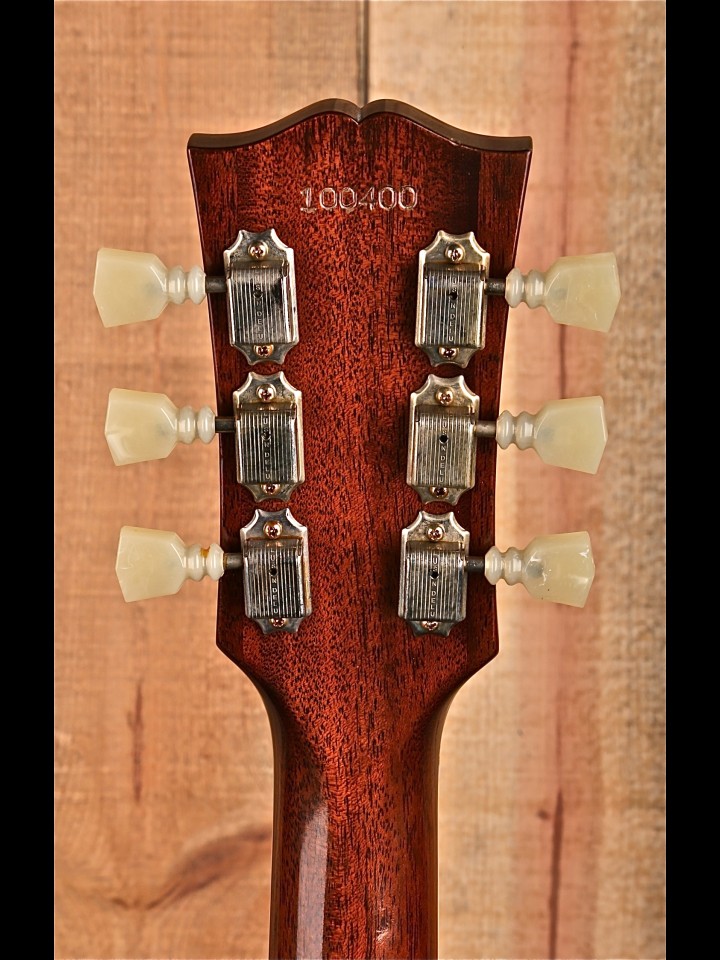 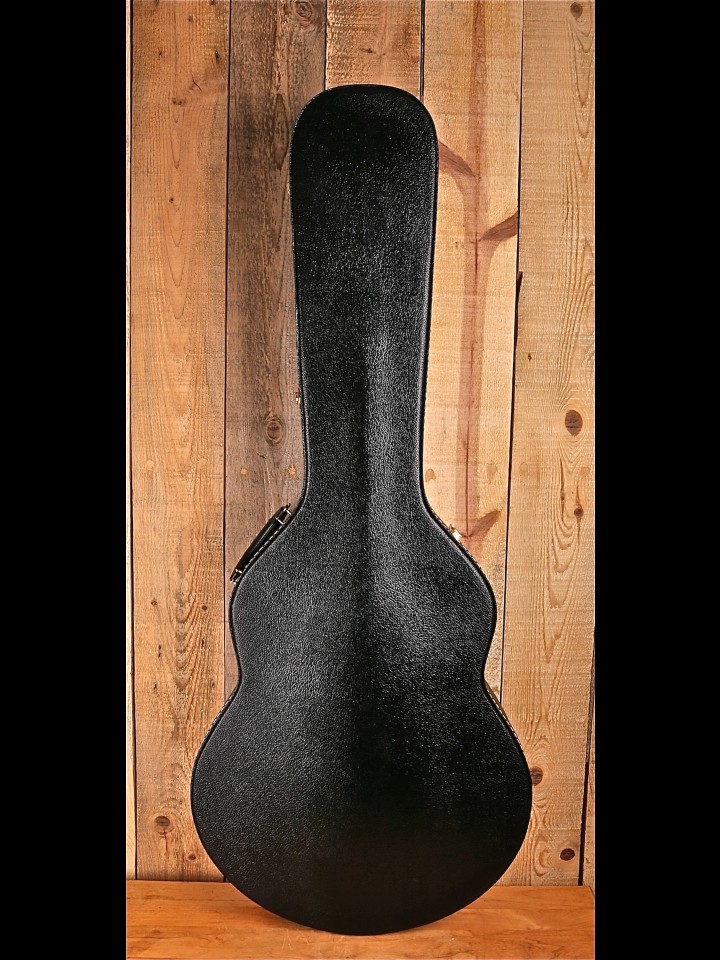 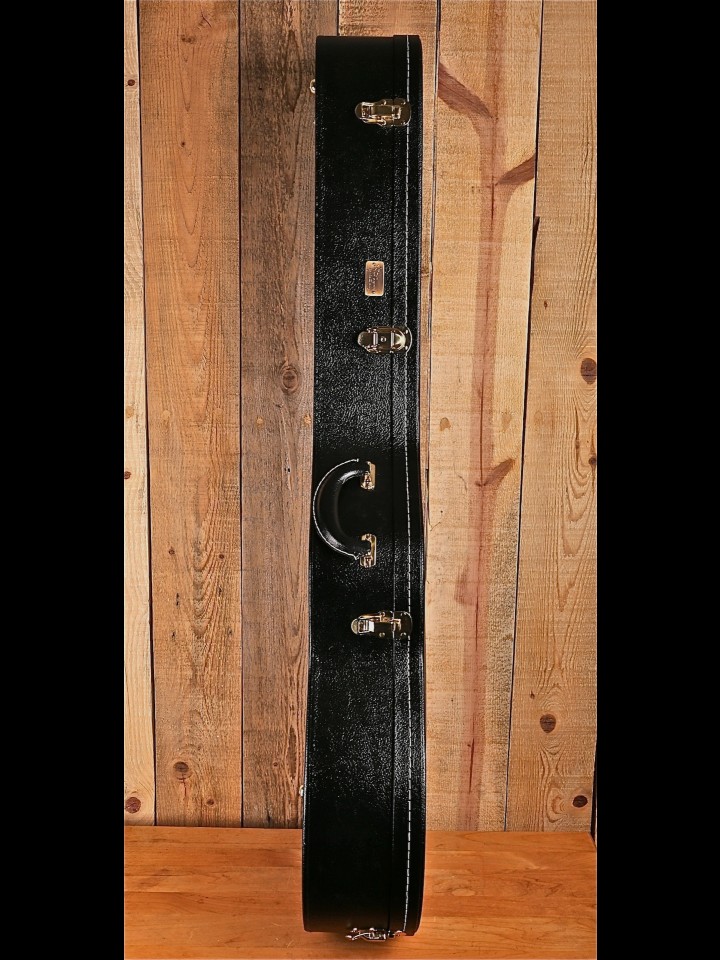 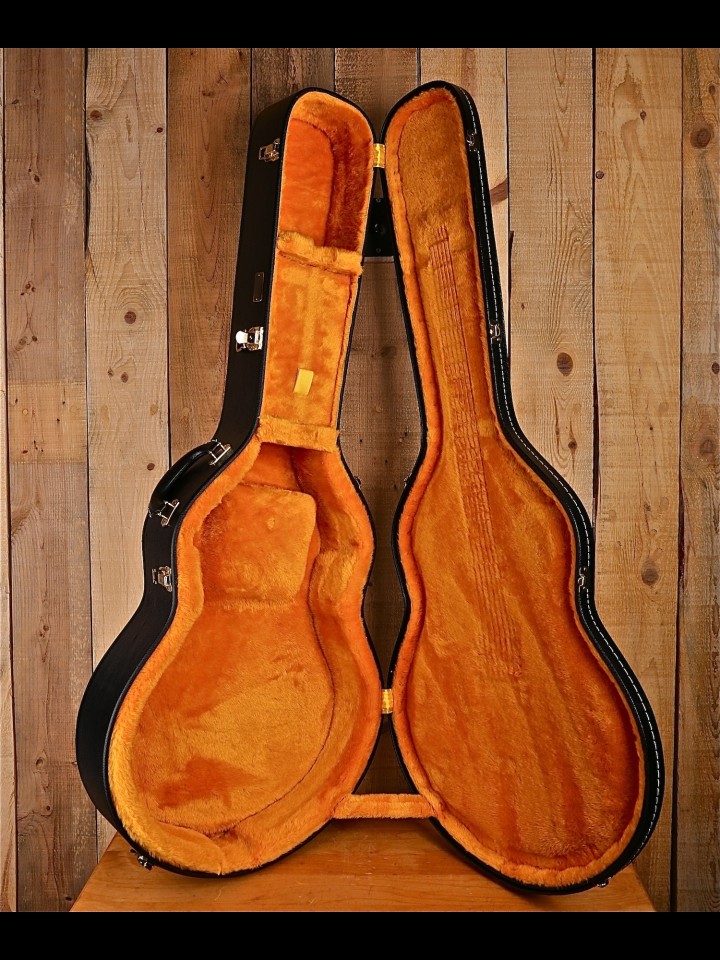 Gibson guitars underwent some pretty dramatic changes in the mid-1960s. Some “innovations” like the injection-molded (and thus essentially hollow!) adjustable bridges on some acoustic models were, in retrospect, horrible ideas!  Other tweaks were more subtle and less of a structural issue, but no less questionable. Of these, perhaps the most universally bemoaned is the decision in 1965 to reduce the nut width on many models to a very tight 1 9/16” from a more universal standard of 1 11/16” (although it should be noted that one still had the option of custom ordering 1 5/8” and 1 11/16” nut widths during this time).  The general explanation offered for this curious move was that the company was of the mind that slimmer necks would be more appealing to this new crowd of kids playing this stuff called rock ‘n roll. Perhaps Gibson was referencing Rickenbacker neck dimensions, as the Beatles were the hottest thing around….  Yet, as anyone who has ever fought to play clean notes on a Rickenbacker will tell you, tight string spacing is often a pain!  Fortunately, Gibson realized the error of their ways and reverted to a wider neck in 1968.

Between 1960-1962, Gibson also slimmed down the neck contour on most models from the beefier neck profile found on WWII-era guitars until the 1959.  Some players do prefer the slimmer contour, but the deeper profile of 1959 in particular is often considered the most comfortable. Gibson seemed to somewhat recognize this as the neck contour was deepened to a happy medium in ’63 and ’64, before abandoning reason in ’65.  The deeper ’59-ish neck wouldn’t re-emerge until ’68; but, at that point, the company was well on its way to the trend to the Norlin-era developments that many consider questionable at best. Bearing this all in mind, many would argue that the most desirable ES-335TDs were those made in the brief period between 1958-1964, when neck dimensions were not totally wonky, Brazilian rosewood fingerboards were in use, and a trapeze tailpiece wasn’t in the equation.  Thus, 1964 could be considered the last great year of the early ES-335s (a controversial statement to be sure, but we’re painting in broad strokes here folks!).

The fervor for vintage instruments is certainly understandable (and a little contagious, if we’re to be honest); but, in many respects, the guitars that are produced today are built to a higher standard.  Yes, some of this can be attributed to more sophisticated tooling that allows humans focus on qualitative judgments that no machine can compute while computers handle the quantitative tasks that no human can consistently deliver.  But, it is the knowledge base that is built upon evaluation of precedent that has enabled guitar builders to continually refine their instruments.  Gibson’s, M2M or “Made to Measure” program allows one to truly customize a guitar, drawing from the features that suit them best. Along that line, here we have a ES-335TD with the definitive features of a 1964 model (where the cutaway horns are more pointed, the bridge has nylon saddles, the pickguard is shorter, etc.), but sporting a more desirable 1959 “Dot” neck.  Nerdy stuff aside, this M2M ES-335TD is a fantastic instrument! Its ease of play, physical balance, and, most importantly, tone are all sublime, to the point that a keen observer might see a few shades of green appear in the finish of any vintage model in its presence.

This guitar was kept in superb condition by its previous owner.  Apart from some minor pickguards, one would be challenged to find any sign of use, particularly given the light distressing inherent in the Vintage Original Spec treatment. EXCEPTIONALLY FINE condition.