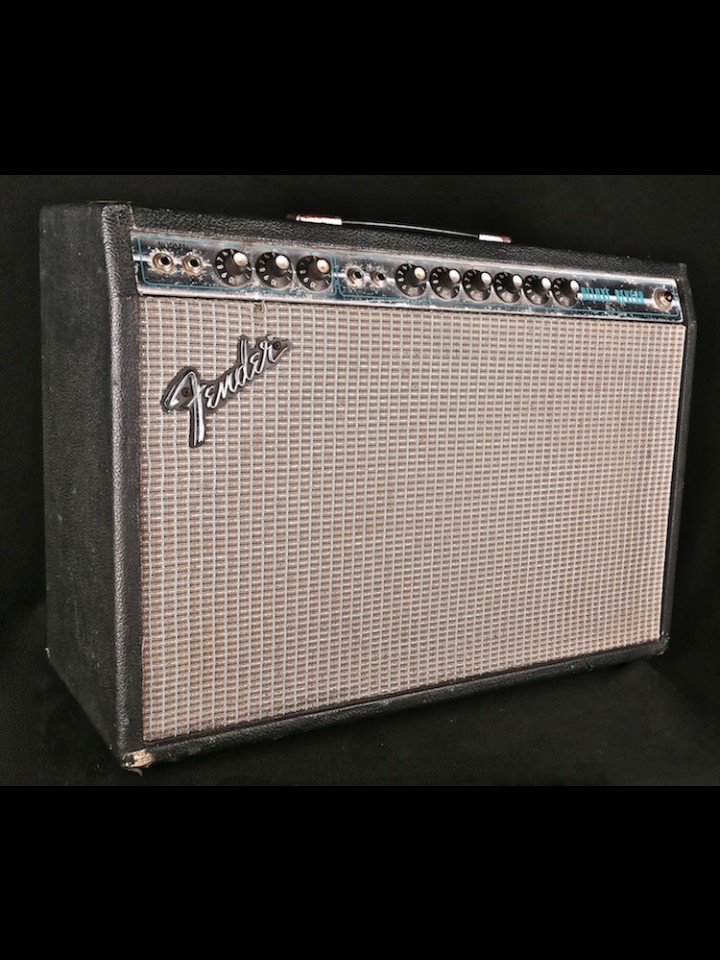 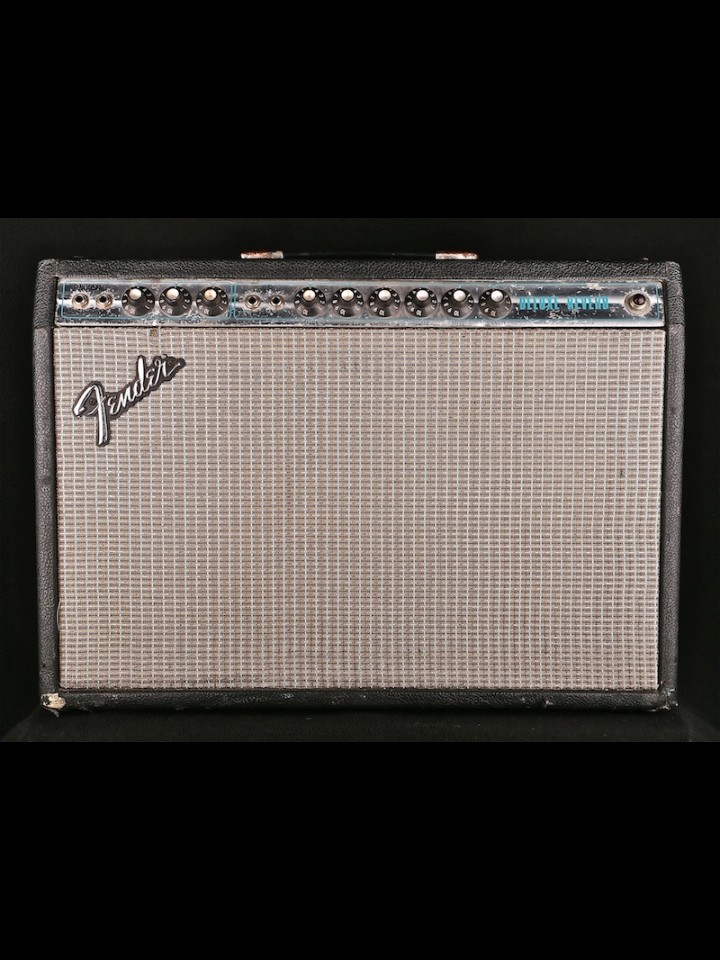 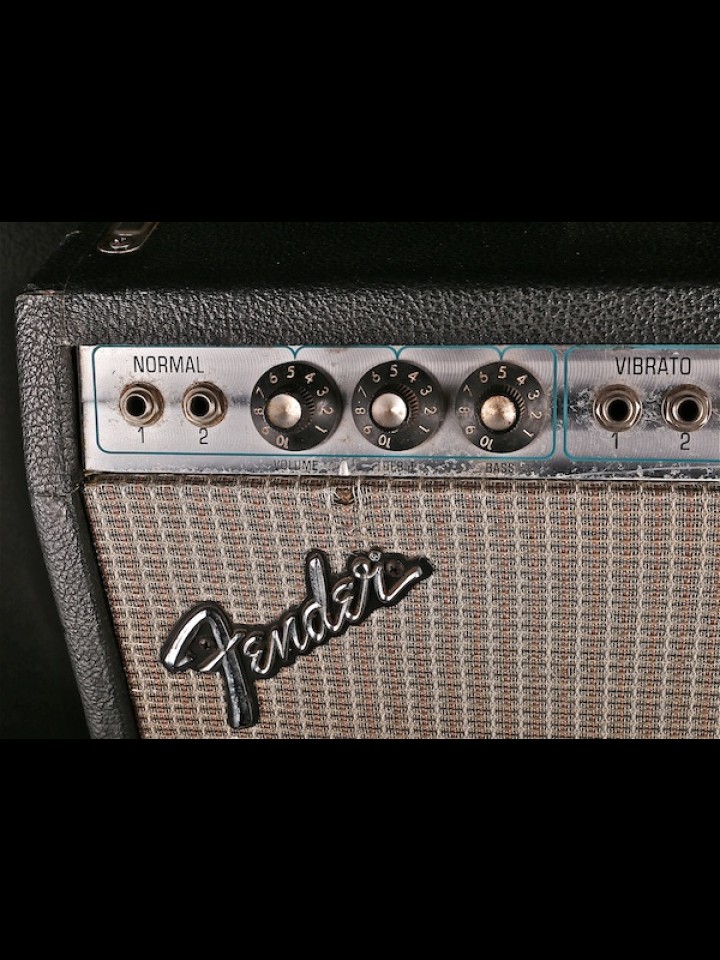 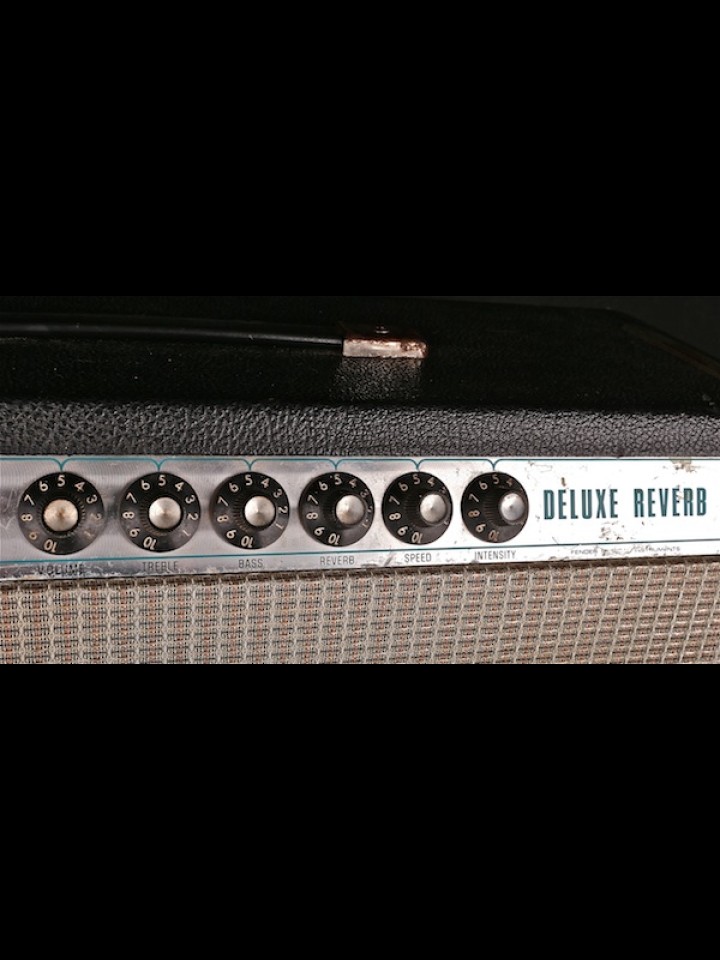 In the world of Fender amps, much changed in the first part of the ‘70s.  Painting in broad strokes, early Silverface circuitry (from roughly 1968-1972) maintained much of the flavor of late Blackface amps, though meticulous collectors would be quick to mention various changes, the significance of which varies depending on one’s attitudes and predilections.  Yet, by 1976, when this Deluxe Reverb was made, the Silverface tone had morphed into something a bit darker with what many would consider a quicker and warmer breakup.  Be that as it may, much of the signature Fender clarity and sparkle was still present in these Deluxe Reverbs, not to mention their overall general appeal as a versatile and flexible 22 watt combo.

Even so, in subsequent years, these mid-late ‘70s Silverface amps became fertile ground for modifications and conversions, with many players electing to convert them to Blackface circuitry. Along that line this ’76 Deluxe Reverb has seen some pretty heavy modification.  According to Jeff Bakos, our local amp guru and servicer of all used/problematic amps that we sell, this amp was modified to have a slightly lower output.  As a result, it can be pushed into a very pleasing bluesy break-up at reduced volume—this happens around 6 on the dial with ‘60s-era voiced single coils, but obviously any humbucker or higher output single coil would overdrive the amp more readily.  Apart from any costs incurred in making the output modification, the previous owner invested in some high quality components including: Genalex Gold Lion power tubes, JJ Gold Pin preamp tubes, a heavy duty power cord, and an impressive Austin Speaker Works Peacemaker speaker (see below for some details on the speaker itself).  True, this Deluxe Reverb may have drifted slightly from its original voicing and, as a result, it may not be a collector’s piece; however, it is a remarkably expressive amp that still exudes classic Fender tone, while offering an extra degree of grit, all at more manageable volume levels.

“The Peacemaker is not really modeled after any specific speaker per se. It's has a heavier magnet than the KTS series so it comes across as sort of a cross between the KTS and an EV 12L or JBL. It's much more efficient, 102-103 db, extremely punchy and dynamic, with more bite in the upper mids, while still exhibiting a little bit that British Voiced breakup you've come expect from our speakers, instead of perhaps a dryer more sterile sound from the EV or JBL. It's good for lower wattage applications that need a boost in output, or for higher wattage applications, where you’re looking for more in your face output or perhaps more cut to get through the live mix. Unlike the EV or JBL, it still incorporates 1.75" voice coil, so it's fast and tight, but still limited to 80 watts.”  - From Austin Speaker Works

This Deluxe Reverb has weathered the decades pretty well. The black Tolex covering has the various scuffs, dents, and errant minor tears that one would expect of an amp that was regularly and respectfully put to use. Meanwhile, the grill cloth shows some age but has no major stains or tears, and the control plate has typical minor swirls and scuffs.  We do note a fair amount of corrosion/rust on the handle and top bumpers. When the amp came to us it was missing its top back plate, which is still the case.  The “convenience outlet” on the back of the chassis has been removed.  It was missing its capacitor cover (yikes!) which has since been replaced.  It otherwise received new 3’ RCA cables, a new 2.2K resistor, a new reverb bag, and some solder joints on the board have been tidied up.  GOOD + condition